Why Socialization May Be CCRCs’ Top Selling Point Post-Pandemic

The senior living industry is experiencing an occupancy rebound following two challenging years spurred by the pandemic. But the reasons behind this rebound might surprise some. 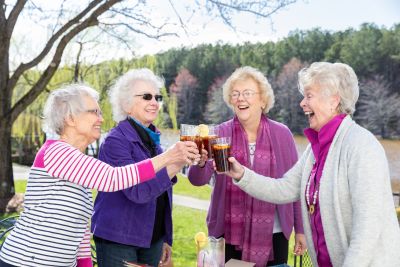 According to the latest quarterly occupancy data from the National Investment Center for Seniors Housing and Care (NIC), which provides market data on the senior housing and care sector, the average occupancy rate for senior living communities grew to 81.4 percent in the second quarter of 2022. That’s the industry’s fourth consecutive quarter for occupancy growth.

While the industry has seen four straight quarters of occupancy growth, both assisted living and independent living communities are still below their pre-pandemic occupancy levels of 89.6 percent and 84.7 percent, respectively. But the industry is making steady progress on boosting occupancy, despite headwinds like workforce challenges, inflation, and supply chain issues.

Overall, in the 31 markets NIC’s covers, just over three-quarters of the senior housing units that were vacated during the pandemic are now re-occupied even with increases in rental units’ prices, which have gone up as communities’ costs have risen. 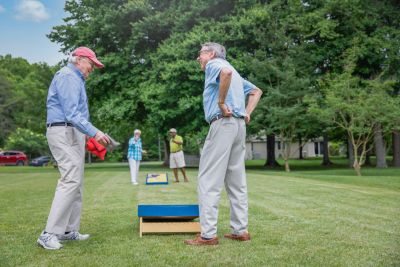 But what about continuing care retirement communities (CCRCs or life plan communities), which offer a continuum of care services as well as independent living units? How have their occupancy levels fared?

Interestingly, according to recent data analysis from specialty investment bank Ziegler, CCRCs have been slower to regain their pre-pandemic occupancy levels. CCRCs’ occupancy was at 85.7 percent in the fourth quarter of 2021, according to Ziegler’s analysis. That’s up 0.3 percent from the third quarter of 2021, and it’s up 1.4 percent from a pandemic low seen in the first two quarters of 2021.

These gains are more modest than the ones noted in the NIC’s data for assisted living/memory care and independent living communities. But these figures may actually suggest that CCRCs did a better job of maintainingtheir occupancy — both before and during the pandemic — than did other categories of senior living.

During the pandemic, many CCRCs also closed to not only visitors but in some cases to new residents. So just as plans had to be put on hold for things like travel and group celebrations, those who may have been planning a move to a CCRC may have had to hit the brakes on their move. This has resulted in some pent-up demand for CCRCs as well, which is reflected in the increase in occupancy in recent months.

But what else could be behind CCRCs’ ability to more or less hold steady with their occupancy during the pandemic and then begin to grow once again in recent months? Does it go beyond delays in move-ins caused by the pandemic? The answer seems to be, at least in part, a newfound appreciation for socialization.

A recent MarketWatch article focuses on the social aspects and sense of community as a key selling point for life in a CCRC, as well as other senior living communities.

Particularly prior to the rollout of vaccines and reliable therapeutics, the pandemic forced many seniors to isolate in their homes, forgoing time with friends and loved ones in the interest of health. But there was an unfortunate flip side to the safety of remaining at home: This isolation understandably led to loneliness and in some cases depression and anxiety among seniors — particularly those who live alone.

Even in “normal times,” seniors who live outside of a senior living community setting often find themselves isolated and lonely, particularly as friends and life partners pass away or if the person’s mobility declines. Though most people still say they want to “age in place” in their own home, the pandemic made some seniors come to a harsh realization that they may actually prefer life in a community — surrounded by other people — during their retirement years.

As Carol, a woman in her 80s quoted in the MarketWatch article, says, “I just didn’t want to be alone.” So, Carol, a widow, arranged to move to a senior living community where she not only has access to an indoor pool and gym, concerts, lectures, trips, and on-site library, she also has people to share meals and conversations with. “You can always find someone to chat with,” she notes.

Socialization boosts the appeal of the CCRC

A 2013 study conducted by researchers at University College London found that for both men and women, the combination of loneliness and infrequent interaction with family and friends can actually shorten a person’s life, independent of other health factors.

For this and other reasons, the benefits of the socialization options found at a CCRC or other senior living community can’t be understated. Not only do such communities offer a large group of potential friends who are in a similar place in life, they also provide numerous scheduled events and activities to residents — everything from organized happy hours and ice cream socials, to continuing education and fitness classes, to affinity groups for those who share a common hobby or interest.

While of course none of these activities is required, they do offer an array of opportunities to interact with others — opportunities for friendship and companionship. As Carol so aptly noted in the MarketWatch article, you truly can always find “someone to chat with.” And for those who weathered the loneliness and isolation created by the pandemic, that may just be one of the most attractive selling points of life in a CCRC.

The above article was written by Brad Breeding of myLifeSite and is legally licensed for use.

Find out if RWC is a good choice for you

Answer 7 questions to find out if RWC is a good financial fit for you!