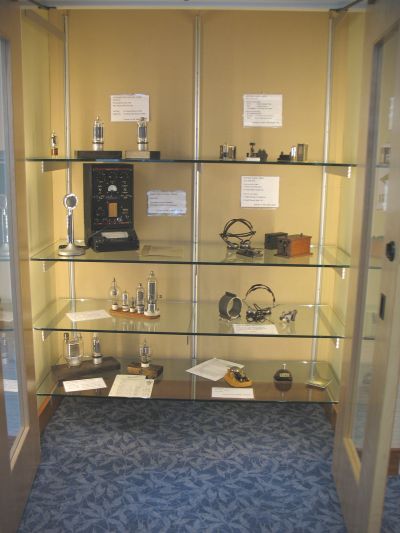 One of the things residents love about living at Rappahannock Westminster-Canterbury is that the staff accommodates many activities and clubs that have formed, even when just a few residents are involved. This includes Chat & Craft, a woodworking shop and most recently, an Amateur Radio Club.

What is amateur radio?

According to the National Association for Amateur Radio, “Amateur Radio (ham radio) is a popular hobby and service that brings people, electronics and communication together. People use ham radio to talk across town, around the world, or even into space, all without the Internet or cell phones. It’s fun, social, educational, and can be a lifeline during times of need.”

RWC has a ham radio set up in the Life Enrichment Center. The Amateur Radio Club started in 2017 and meets the second Tuesday of every month.

Resident Jeff Walker sees the RWC club as a huge draw for ham radio enthusiasts. “It eliminates the need for ham radio operators to bring their own conglomerate of radio equipment when the move to RWC.

Lancaster, Northumberland and Gloucester counties have radio clubs as well.

“A lot of ham radio operators are interested in foreign broadcasts,” said Walker, who also converted the storage area in his apartment into a ham radio studio.

“I spend about a half hour to 45 minutes a day with several guys from the state of Virginia talking about technical issues or discussing questions about our station,” Walker said. “It’s like sharing morning coffee with your buddies.”

A hobby for all ages 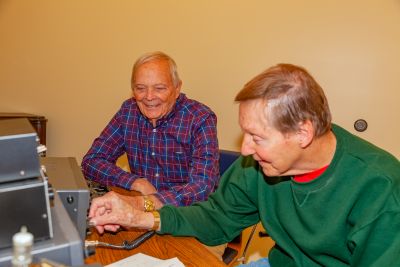 While you might think that ham radio will go the way of 35 mm film and the VHS tape, the number of Americans that have ham licenses is growing. More than 700,000 people in the U.S. have ham radio licenses, up 60 percent from 1981.

Still, one of the big issues in ham radio is the worry that the hobby is fading away. While licenses are up in the U.S., they are down in the rest of the world. As expected, the average age of ham radio operators is getting older.

“Whether through Morse Code on an old brass telegraph key, voice communication on a hand-held radio or computerized messages transmitted via satellite, all hams use radio to reach out to the world,” the national association’s website states.

For emergency communications when all cell phone towers are down, ham radio becomes a crucial part of the communications network. Ham radio operators can provide basic messaging across long distances even under hurricane conditions or other critical infrastructure failures.

As one can imagine, ham radio was leaned on more heavily to relay messages before the advent of Twitter, smart phones and instant messaging.

Walker said one of his most notable ham experiences occurred around 1963 when he relayed a message to one of President John F. Kennedy’s higher ranking staff members.

“I recall that it was a request for governmental assistance on behalf of a young lady,” he said.

Earlier this year, a display of ham radio artifacts featured the thank you note he received on official White House stationery from the Office of the President of the United States.

Walker and a friend became interested in electronics as a hobby when they were 12 or 13. “I got my ham radio license along with five or six others as part of a Boy Scout troop activity,” he said.

How to get involved

Even Rappahannock Westminster-Canterbury CEO Stuart Bunting is a member of the RWC Amateur Radio Club.

Our club is interested in getting more people at RWC to get a ham radio license. It takes some effort, and you need to be a little bit motivated, but it’s a lot easier than it used to be. You don’t need to know Morse Code anymore.”

Anyone interested in learning more about ham radio or the Amateur Radio Club at RWC, can contact Jeff Walker at [email protected].